To celebrate the 50th anniversary of Gene Roddenberry’s Star Trek, Joe went to Blackpool to visit “Star Trek: The Exhibition”. The largest collection of Star Trek ephemera amassed in one place.

“Star Trek: The Exhibition”,  A collection of Props, Costumes and Scripts never before seen in Europe, many stemming from private collections – Not to mention a recreation of the bridge from “The Original Series”. If it sounds like Trek-heaven, it is. 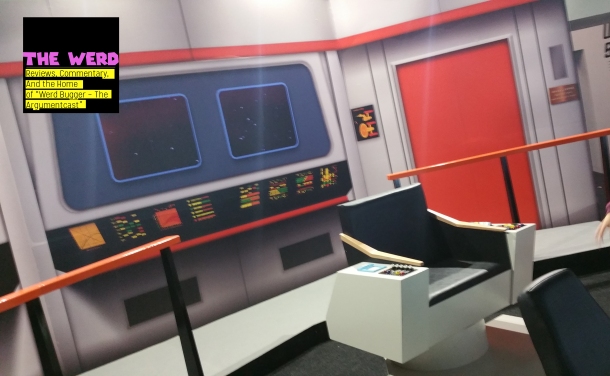 Blackpool – the UK’s biggest family resort which attracts 13 million visitors each year – will play host to a major celebration of the 50th Anniversary Year of the STAR TREKTM franchise throughout 2016 and 2017 with a series of thrilling events.

Under license by CBS Consumer Products, the resort will host Star Trek: The Exhibition on the famous Golden Mile, from Thursday 30th June and will open daily throughout the year.

The exhibition will take audiences on a journey through the 50-year history of Star Trek, with original props, costumes and scripts that have never previously been seen in Europe – many from private collectors, as well as the opportunity to step aboard a spectacular recreation of the iconic bridge from The Original Series.

Designed by the stage designer Andrew Edwards, the Exhibition will be an experience for fans and families to visit. The exhibition will come alive with an exciting new Augmented Reality app that allows visitors to appear transported. Boldly go, Blackpool!

From Friday 2nd September, Blackpool’s famed Illuminations will showcase a new light feature on the Golden Mile celebrating Star Trek, which will be seen from many miles into space.

Promoter Paul Gregg of Apollo Resorts Blackpool Ltd said: “After many months of negotiation, Apollo is delighted to bring a unique concept to Blackpool. This is the first time a major holiday destination anywhere in the world has celebrated a movie franchise or entertainment brand enjoying a 50 year history. Star Trek will meet all the expectations of a Blackpool visitor with an exclusive exhibition which boasts many never seen before items. A section of the world-famous illuminations will feature the much-loved captains of Star Trek. More exciting activity within the resort is yet to be announced.”

For Blackpool, the key council departments, including Visit Blackpool, The Illuminations team and The Winter Gardens are working together to make sure that every visitor enjoys the Star Trek celebrations.

Cllr Gillian Campbell, Deputy Leader of Blackpool Council, said: “I am delighted that Blackpool’s Promenade has been chosen as the location for this new attraction. Star Trek is hugely popular around the world so I am sure this exhibition will be prove a big hit with visitors to the resort.

“Our Illuminations team is currently designing a Star Trek themed feature which will be located in a prominent position on Blackpool’s famous Golden Mile.”

Click below to see a small selection of photos from “Star Trek: The Exhibition”. 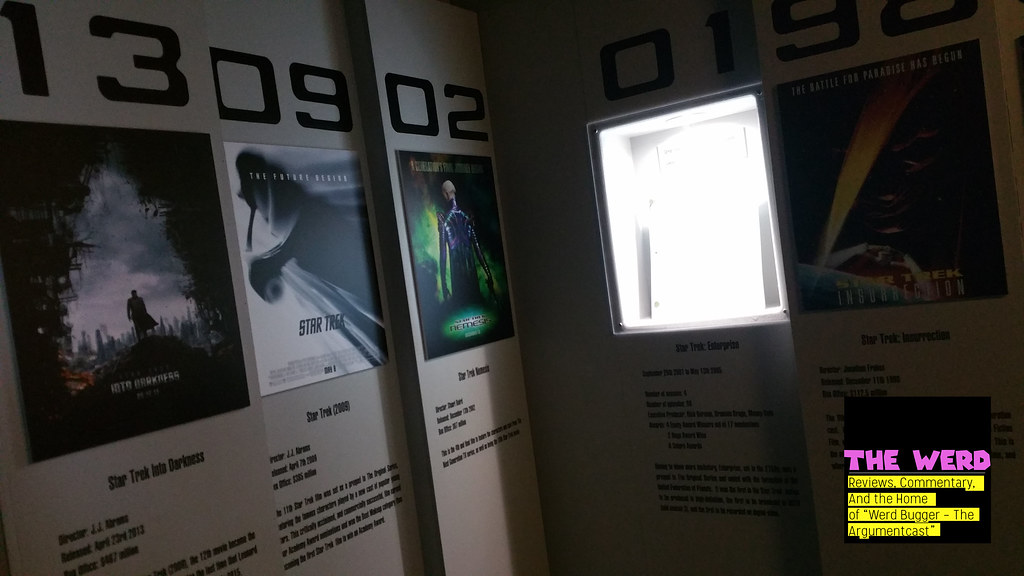 Now, There’s much to be joyful about with regards to the exhibition, my inner Trekkie was delighted as soon as I stepped foot inside the building, as I was warmly greeted by a staff (crew) member dressed in a Command tunic. As soon as you walk into the exhibit proper, you’re confronted with a selection of original scripts for various episode, which then gives way into a hallway housing various costumes from each series of Trek and then into the meat of the exhibition, the props. Without going into minute detail (and spoiling the experience) I can happily say that I, and The Werd, Heartily recommend the exhibition to Trek fans, big and small!