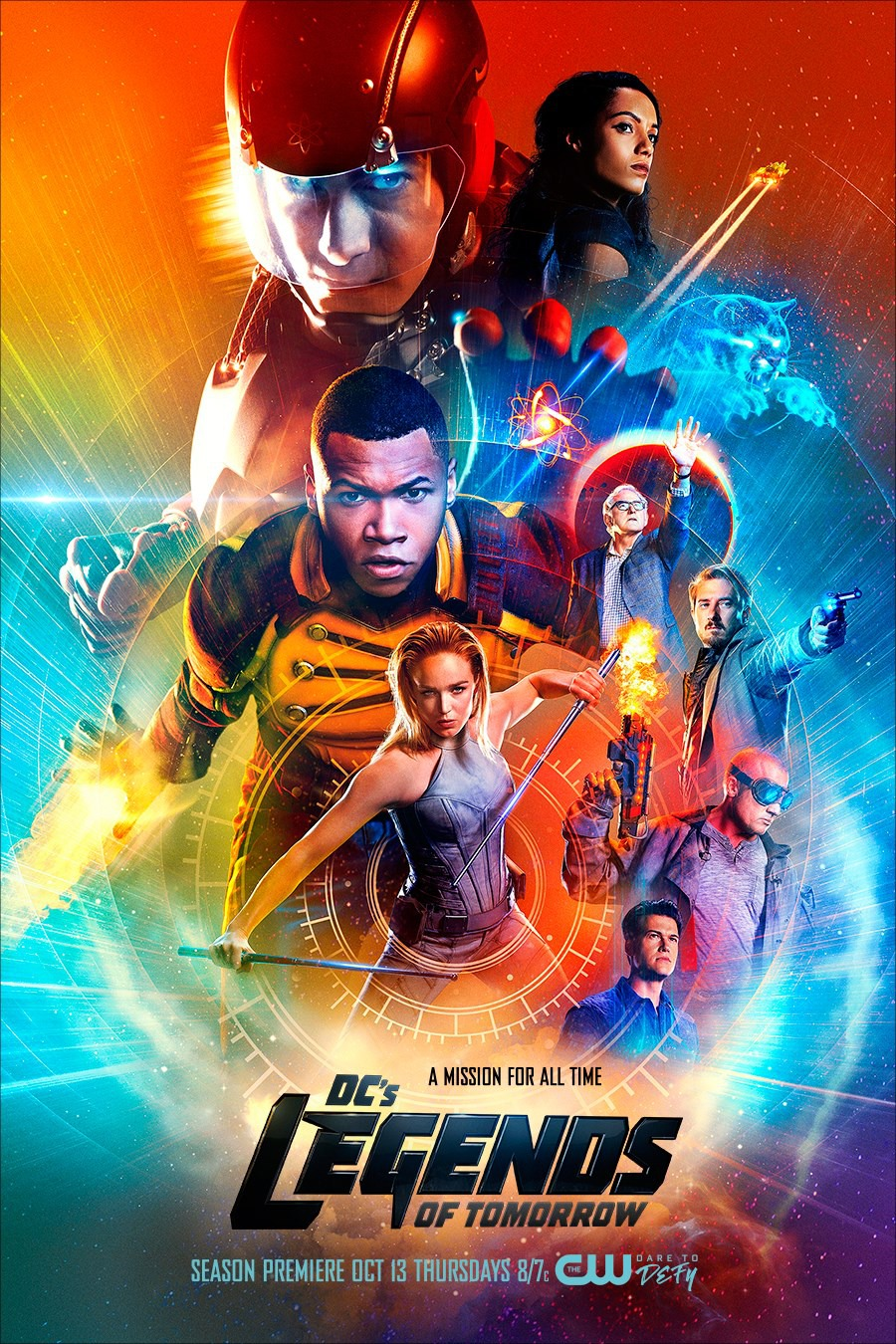 Released August 15th on Blu-ray/DVD, the CW’s “Legends of Tomorrow” enters its second season. Continuing the adventures of White Canary, the Atom, Firestorm & Rip Hunter et al as they adventure across time and space aboard the Tardi….Waverider, a ship/home that safely carries them across the threshold of time. It’s about as big on the inside as it is on the outside.

Season 2 is a more refined beast, losing the elements of Season 1 that seemed to bog the show down in arbitrary mythology, and instead just delivers on the promise of the shows goofy premise.  Gone are the Hawk…people/men/women that Season 1 really hinged upon, and Doctor Who allusions aside, it’s a show cut very much from the same cloth. As such, viewers can expect the pulp thrills of DW meshed with the Superhero centric setting of the Arrowverse.  The series kicks off by shaking up the established status quo of the first season, scattering the team across various times and tasking them with regrouping. It’s in this task that they find themselves without Rip, as he is the sole member of the team that remains lost after the first episode. After a few interesting episodes featuring the JSA (Justice Society of America) and a few filler episodes, the shows true direction is revealed, along with the big bad/bads.

Joining the previous lineup are new characters Nate, and Vixen, as well as a return from Arrowverse villain, Damien Dhark (making up a portion of the Legion of Doom, featuring returns from various Arrowverse Villains, including Reverse Flash). And these additions are more than welcome to an already likeable lineup. With the absence of Wentworth Millar’s Captain Cold and the leadership position left in Rip Hunter’s wake for half the season, other characters are given ample opportunity to rebuke the expected and really shine as fully realised entities. White Canary taking the mantle of leader for much of the series is a particular highlight and a natural succession for the character, who we’ve seen struggle with her nature since her introduction in Arrow all those years ago.

The series really finds its strength when it’s antagonists are revealed, and the macguffin (Spear of Destiny) really lends the show a particular sense of urgency over later episodes. The inclusion of the Legion of Doom adds a nice element of mirroring when considered against the main characters. Their conceit being that they failed alone, where they might have succeeded together, and the inclusion of the Spear of Destiny as a way in which to rewrite their histories is a nice reversal of Rip’s quest in Season 1 to avert the deaths of his family, and effectively rewrite his own history. It’s writing like this that really elevates this season above most of the shows in the Arrowverse, as well as other similar offerings.

With the dark tone of Arrow, coupled with the increasingly dark tone of The Flash as well as the pitch dark tone of the DCEU (except for Wonder Woman which was an exercise in how to do things right) it’s great to see Legends take up the mantle laid down by the Flash as a show that knows how to have fun, and be unafraid of playing up the campness of its premise. Season 2 has developed an incredible sense of humor and sees the main cast in an array of humorous situations, not to mention in a trash compactor with a certain Mr. Lucas.

This doesn’t mean that there isn’t the odd duff episode, but despite the odd misfire, Legends of Tomorrow hits more often than not, and I’m happy to say that this is a strong show with an incredibly promising future.