The Werd welcomes Aaron Waters to the fray, as he gives us his two-cents on Robert Eggers “The VVitch” (2015).

A Crown grows out his head!

Right then, grab your coat, a nice sandwich and a decent Maglite, my dear, because we’re about to embark on a journey to the dark ages! And our final destination: New England, 1630.

The weather is shoddy, the mood is eerie and the lights are burning low. The tears are flowing and the suspense it growing, what more do we need for a horror show? See what I did there? Slammed a rhyme down on the table because that’s how excited this films gets me. Allow me to set the scene: A Christian family from England are exiled from their village, from whence they migrate to New England (that’s America to those of you who are wondering) to start a new life with a fresh start by living in a shack in the middle of a dank field; oh how the American Dream began. However, the promise of new life is rudely interrupted by cackling, wrinkled bitches who live in the woods, stealing the baby from right under our leading lady’s nose. Thus invoking a who’s who conundrum within the tragedy-torn family. Indeed, the witching hour draws near. Sounds like a pretty good movie right? No? Oh okay then. Well then allow me to get into this a little more, if you’ll be so kind as to humour me.

The setting and all-round mood of the film is cast immediately like a spell, enchanting us from the get-go and demanding our attention throughout; and believe me when I say this feature-length debut from Robert Eggers deserves nothing less. He and his partner in crime, multi-award winning cinematographer Jarin Blaschke, capture the mood perfectly with their Kubrick style of shooting in what (for me) is an instant classic, using both natural lighting and sound, alongside a filming ratio – of 1:1.66, a ratio I haven’t really seen since films like The Shining (1980) or A Clockwork Orange (1971), or even On the Waterfront (1954) – to truly bring this film to life in our theatres and living rooms.

This single-set location film pays tribute to its predecessors of the genre, with something of an homage to those classic Hammer Horrors as well as the Arthouse films of post 1920 all thrown in together to make a modern day cult film that will have horror fans the world over itching and scratching for more. The acting is supported by a strong cast, though don’t expect any household names in this flick, but to be honest I think that makes the film stronger as the viewers are attracted and drawn in by its story, which is the way it should be.

The scare factor in this movie is built up entirely by the grave atmosphere that promises a sense of foreboding dread with its sinister undertones that have been executed perfectly by both suspense and a beautiful yet entirely unnerving score from Mark Korven (Cube, 1997). Also, there’s this goat yeah, and mate, he is well funny! Proper dancin’ about and shit. Made me right laugh because he’s a real goat and he doesn’t know how funny he’s being! I fuckin’ creased, bruv! Ahem, sorry about that. Anyway…

Another thing I loved about this film was its dialogue, as it is all written in the style that was spoken of that time, which gives the film somewhat of a Shakespearean feel but without being pretentious and it really does give the film a great sense of legitimacy and an authentic feel, which only further benefits the fear and discomfort in the soluble Ex Machina. Plus it has twin kids, which are always shit-your-pants scary in these sorts of films. 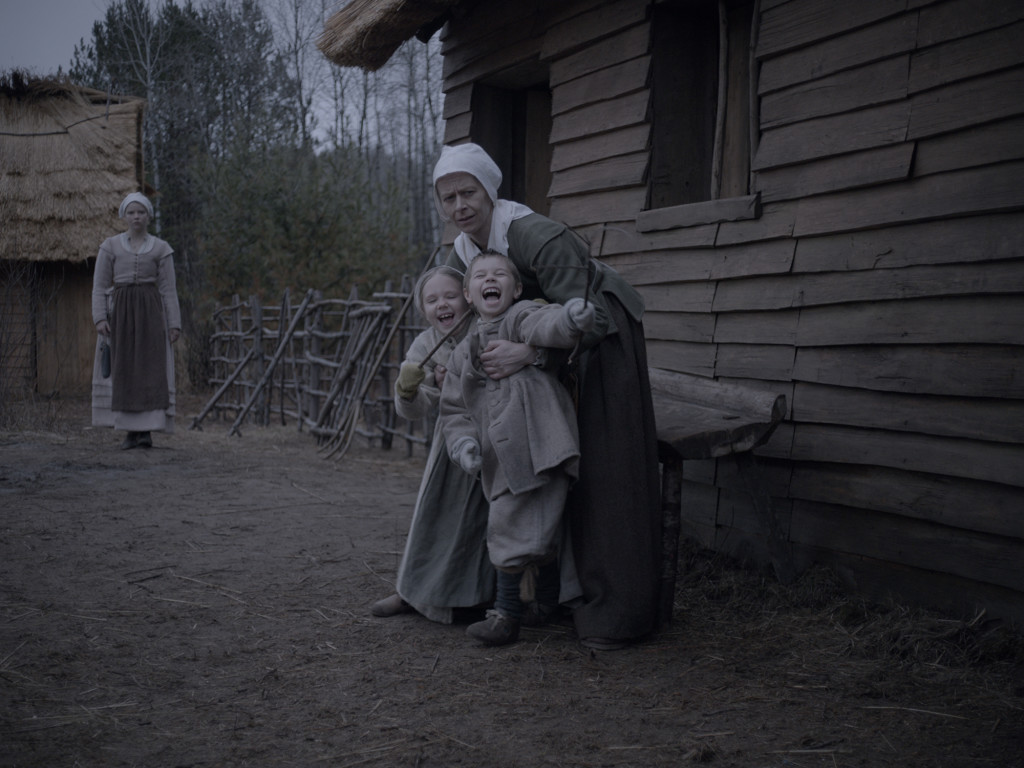 The only grizzle I really had with this film is that I didn’t particularly care for any of the characters, though in hindsight I think that was done on purpose so not to trust anybody, which gave the already claustrophobic premise and even more genuine backdrop to this, quite frankly, awe inspiring piece of cinema; hence the word ‘had’. So all-in-all I absolutely adored this film, as it not only entertains, scares and does all the things a Horror movie is expected to do, but it also gives the grand promise of real movie-making for the next generation of movie-goers with its fantastic crew working behind the scenes who really know what they’re doing. I cannot recommend this film enough to those who genuinely want a real piece of true-to-life Horror, but if all you want is jump-scares and violence, you probably won’t get your fix here I’m afraid. Which is a shame, and quite bluntly – your loss.