Western movies were once huge business, but they’ve spent a few decades firmly in the wilderness, especially when compared to their heyday. Might they now be making a push back into the mainstream? Rob investigates…

Mighty western director John Ford on the set of Stagecoach. This movie was later remade as Mad Max: Fury Road.

For a long time, Cowboys, Outlaws, Indians and all that stuff have been rather passe in the cinema, and a bad bet for studios. Back in the 20’s and 30’s they made them by the hundreds as B-movies. This continued for decades, right through the first half of the 20th century, until eventually a version of the much discussed ‘superhero fatigue’ set in and audiences started to become weary of a genre which had, with a few exceptions, grown rather twee and wrapped up in it’s own conventions. The western segments of The Coen Brothers recent Hail Ceasar are a spot on homage/takedown of the worst examples from that era.

Sergio Leone and the other makers of Spaghetti Westerns came to the rescue in the 60’s with a winning combination of creative/mental visuals, cheap production costs, and Clint Eastwood, reinvigorating the genre back in America for another few years, but they only stalled the decline, and eventually the western arrived at it’s current position, relegated to the odd film in cinemas every year or so, and any more straight to DVD. With the occasional bold attempt to break back into the mainstream ending in failure (see Disney’s The Lone Ranger, which is honestly not as bad as the internet says it is.) .

Once Upon A Time In The West – These three guys were originally meant to be played by Eli Wallach, Lee Van Cleef and Clint Eastwood, so that Charles Bronson would be wiping out the cast of Leone’s previous movies.

But it seems to me that something has been afoot in the last year or so, and the western looks like it might be coming back, and in a new and rather arresting form. First out of the gate would be Quentin Tarantino. After heavily referencing western conventions in his movies for many years, he finally went the whole hog with Django Unchained and The Hateful Eight, the later of which starred Kurt Russell, who in another time might have been a western actor to rival the greats (watch Death Proof for his spot on John Wayne impression), and has continued to prove his genre chops with the horrific Bone Tomahawk. Tarantino of course didn’t do things entirely straight and brought a lot of himself into the genre, including lengthy scenes of tense dialogue, suddenly bursting into violence, anachronistic music and thousands of gallons of fake blood. Those flourishes, as well as the pulling power of the director himself, meant those films were pretty much guaranteed their success. But other films have done well following parts of the formula, namely the parts to do with blood, and death. 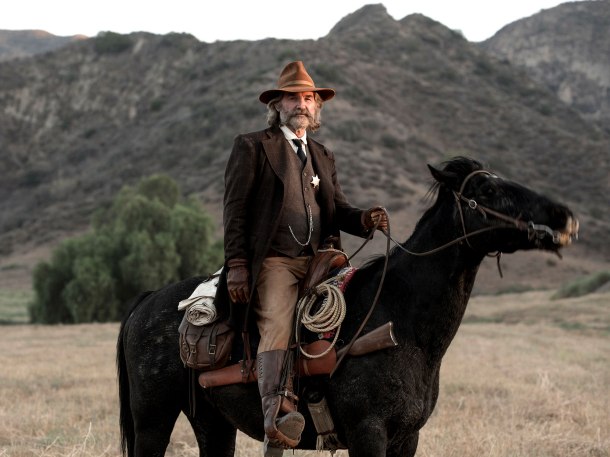 The one shot from Bone Tomahawk I could find that wasn’t a scalping, decapitation, or some other monstrous act.

And here we hit upon the connecting thread within the new breed of westerns that is emerging. The deliberate, lengthy pacing of past movies (even frenetic classics like The Good, The Bad, And The Ugly, clock in around three hours) has lead casual audiences to long ago dismiss tales of the old west as ‘boring’, and many still do; this attitude leaves filmmakers free from an obligation to cater for mass audiences; they then take a more adult stance, in both their themes and content.

Life in the west was hard, not just hard but lethal, something that past movies didn’t necessarily comprehend enough. Even without squaring off against the bad guy on main street, one could wind up killed horribly just trekking from A to B, something we in our modern comforts can find difficult to relate to, and shocking to see, yet can also be utterly compelled by. Even Seth MacFarlane understood this with A Million Ways To Die In The West, the whole movie hung on one joke about it.

Alejandro González Iñárritu’s beautiful, terrifying award-hoover The Revenant is another excellent example of this. In it’s own way it rivals bodyshock horrors like The Thing and The Fly with its depictions of injury and survival, not least because it purports to cleave closely to the awful, nasty truth of what happened to real life frontiersman Hugh Glass. I don’t know about you, but my overriding thought when watching this movie was ‘Thank God I live in this time, and don’t have to fight bears and indians for furs, and hide inside a hollowed-out horse just to stay alive’.

Outstanding make-up effects to simulate the results of Leo’s extended love-in with that bear.

This new take on the western mythology has been a hit with critics, and also seems to have found it’s audience, albeit a niche one for now. Though this is not the crest of the wave, and more movies are incoming, two of which might have it in them to finally break the popcorn chuckers resistance to the genre. The supergrim ‘western-horror’ theme is set to continue with Wraiths of the Broken Land, an adaptation of a novel by S. Craig Zahler, writer and director of Bone Tomahawk, though this movie will be written by Drew Goddard and directed by Ridley Scott, a pairing that did excellent work (and business!) with The Martian, and could hopefully deliver another hit here.

Coming along a lot sooner than that is something a bit more traditional, but perhaps with an ace up it’s sleeve that could break through to the mainstream. That is the remake of the Magnificent Seven, one of the most immediately recognisable western tales, perhaps because of how many times it’s been done and redone, in different forms, so that the beats of the story are basically a fable in the public domain, like how every TV show did an episode with the plot from It’s A Wonderful Life at one point, even if you’ve not seen the original you’ve picked up the story somewhere. This take on the classic stars Denzel Washington and Chris Pratt, as two of the titular posse. Pratt is, to use a disgraceful marketing-type phrase, so hot right now, and his blend of humour and old fashioned leading man charisma might attract the attention of casual audiences. Especially as we’re all supposedly getting bored of comic book movies now, perhaps it’s finally time for new genre to be in the ascendancy? 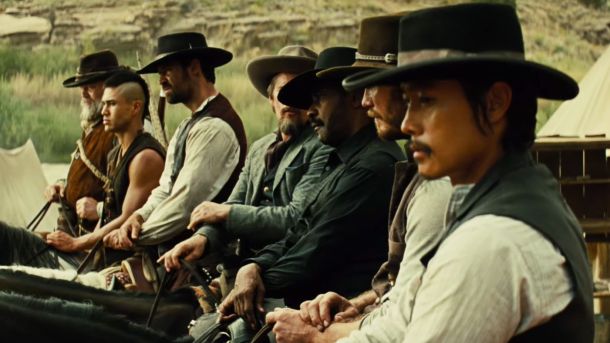 The Magnificent Seven is due out in September, Let us know what you reckon about all this on facebook and twitter.

One thought on “Are Westerns Coming Back?”