Joe’s here with a Martial Arts Melodrama! “Police Story: Lockdown” Released digitally on the 18th, and physically on the 25th; Starring Jackie Chan, this is the sixth film in the successful Police Story franchise. Here’s what Joe has to say about it…

Sometimes, it’s nice to throw caution to the wind – To stop watching Kaiju movies, Von Trier films and put an end to the occasional Kubrick-thon, to stop looking at film as a vehicle for meaning – and instead, throw yourself wholeheartedly into a semi-mindless Martial Arts movie. One where you can easily identify the good guy and the bad guy, and for the next hour and a half or so, rally behind the hero as he punches his way through a plethora of grumpy looking goons. Police Story, is this at times. But it also differs in that behind its finely orchestrated fight scenes, shootouts and tense scenes involving snipers, it offers us some rather compelling characterisation in both Chan’s character, Zhong Wen, and the Villain, Wu Jiang. 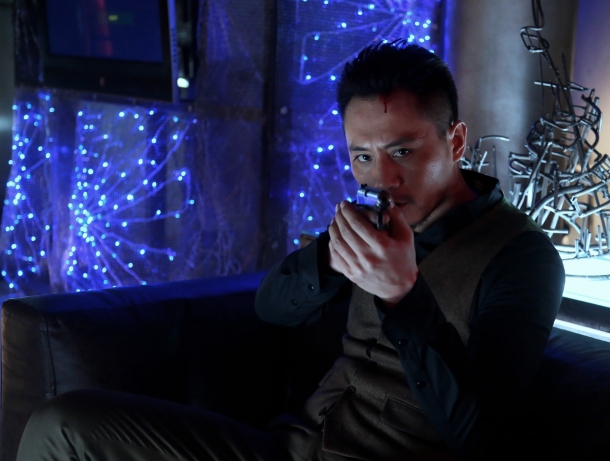 Police Story, at least in the latest release, is highly reminiscent of affairs like “The Raid” (while admittedly not as stylish) and much older John Woo flicks, in that, there’s a certain dosage of melodrama mixed in with high octane spills and thrills. The main conceit here, is that Wen is lured to a nightclub to meet his estranged daughter (is it starting to sound a bit like Die Hard?) only for her boyfriend, Jiang (who has a considerable amount of beef with Wen) to lock the doors, take hostages and in general – turn into a bit of a nutter. Jiang’s purpose and backstory is slowly revealed in a series of rather tense conversations with Wen, and the group of hostages as a whole. What really makes the film memorable though, is that the “villain” doesn’t fall into traditional trappings of being inconsequential to the plot, or there merely as a catalyst to drive the plot forward, He’s a real, fleshed out and well rounded character. There’s links here to Wen’s past that feed directly into the happenings in this film which make every scene between Wen and Jiang pop with genuine drama, and it has to be said here, their acting is something which elevates scenes which could have otherwise dragged. Strangely for a film of this type, the story is a bit of a slow burner, one that you do have to bare with sometimes in order to be rewarded around the mid point with a series of flashbacks – A particular scene springs to mind, when the hostages and Wen piece together their own memories of a fateful night in a drugstore. Story-wise, however, there are enough twists that make the ending and final confrontation all that more tantalising.

To be blunt, it’s a film that benefits from a team that knows what it’s doing, the film’s fight scenes are always of a high standard, if a little stale because of it. Though there are some stand out moments involving some nice use of slow motion that really become quite impactful (Zack Snyder, see this film for tips) as the scene goes on. Jackie Chan makes for a likeable – if a bit sober – play as Wen, and fans of his works will find a lot to love about “Police Story: Lockdown”. As for the casual viewer, I do feel like the ponderous nature to the first 45 minutes will put people off – especially those who are only in it to see Jackie hit things – which is a shame as there’s much to be celebrated here, and I must admit, it’s nice to see Jackie Chan take on slightly more drama laden roles as it affords the viewer an altogether different side of the man.