Fresh out of Star Wars Celebration Europe on the weekend, Joe takes a look at the newly released “Rogue One: A Star Wars Story” poster.

Unless you were hiding under a rock this weekend, you would have seen the newly released “Rogue One: A Star Wars Story” poster. If you were under said rock, here. 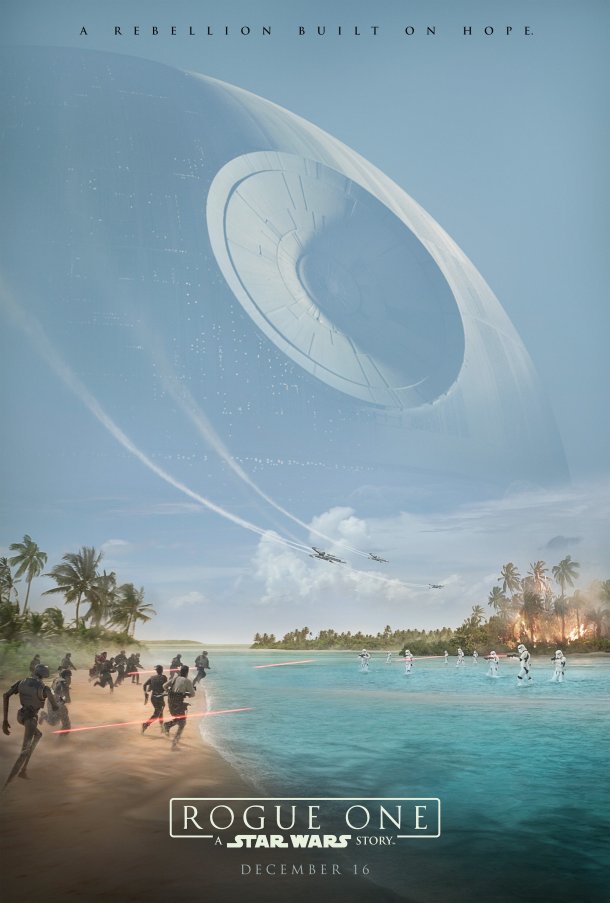 I myself attended Star Wars Celebration Europe (on the Saturday) and enjoyed its Rogue One and Rebels focus, but found the overall event to be a bit lacking in terms of the buzz that last years had. (Honestly, I doubt anything could match the hype surrounding TFA on the build up to its release).

With regards to this poster then, I am, I have to say, a little bewildered. On first glance, it looks as though it’s two separate posters stitched together. And, when taken apart at the ‘seam’ I find they actually look better.

In terms of composition too, it’s quite basic, and there’s something really jarring about the lower left quadrant of the poster. Firstly, If you stare long enough, it almost looks as though the two opposing forces aren’t quite facing each other, and secondly, the removal of the lower left portion doesn’t actually detract much from the piece, in fact, it helps remove the directional inconsistency of the foreground characters whilst also solving a strange imbalance of saturation (Which is normal for tropical climates, but out of place – for now – in Star Wars) 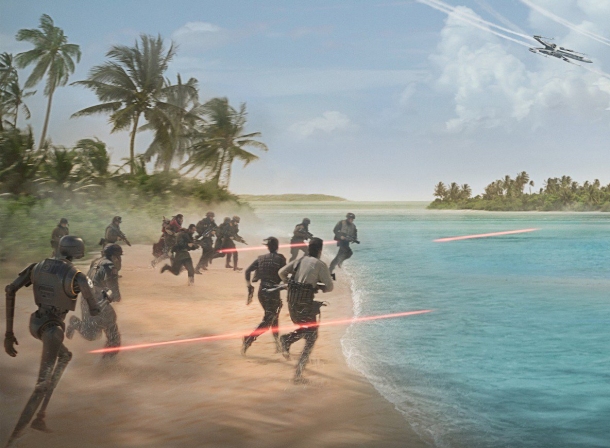 However, despite this, the jarring nature of the poster can also be attributed to the change of locale of the usual Star Wars films, I’m not sure that we’ve seen a tropical planet in the film series yet. And that change between the gritty, monotone halls of imperial bases, and bleached vistas of planets like Jakku and Tatooine might be a source for some gripes. It became quite palatable after I thought of this as the Star Wars universe’s Vietnam war, and after that, all my fears went away.

What with the details that there might not be an opening crawl, the change in poster style etc. it really feels as though Lucasfilm/Disney are trying very hard to distance these anthology films from the main ones. We will be able to judge if that strategy pays off on December 16th.