The awkwardly titled “The Transformers: The Movie” is getting a remastered, all bells and whistles 30th anniversary re-release this December. Now there’s a little more information on what extensive lengths Manga Entertainment, Shout! Factory and Hasbro Studios are going to, in order to ensure that this release is as definitive as can be achieved by mere mortal man.

So, I’m not the biggest Transformers fan, In fact – much to others dismay – I’d only learned what the Dinobots were when I watched Michael Bay’s “Transformers: Age of Extinction” (2014). But I’m an animation student, and a fan of 80’s cartoons in general. So I’m at least sort of the right person at The Werd to be sharing this with you…Right? Well I guess Rob could, seeing as though he loves giant robots… 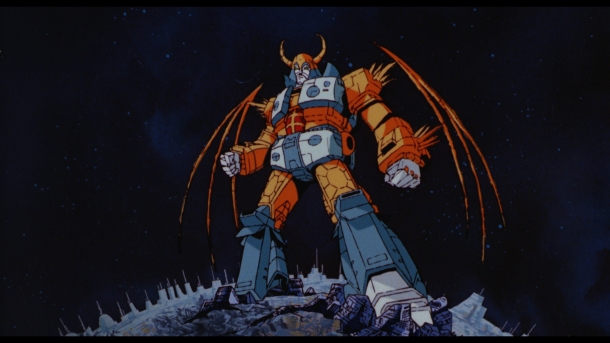 Either way, when I hear that a beloved cartoon is getting a remaster or, in the case of one of my previous reviews – a beloved comic getting an animation based on it – and I can see the enthusiasm behind such a project, I know where to place my interest.

Check out the still below for a before and after on the conservation work placed upon this endangered speci…Cartoon. 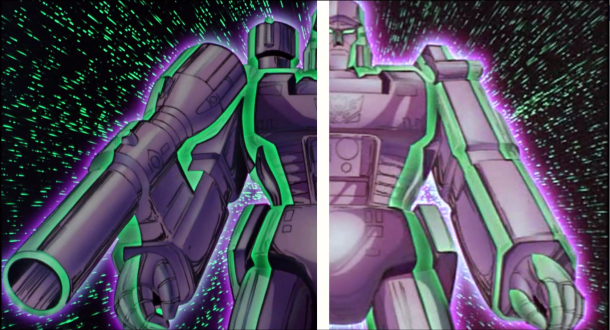 The featurette below has “colour scientist” Joseph Slomka – Yes, yes, Colour Scientist sounds like the most wonderful job ever, but I doubt it’s as glamorous as it sounds – enthusing about the restoration, it’s an interesting watch that showcases more fully, the work and benefit “The Transformers: The Movie” is seeing from this remaster.

Look how smooth it all is. On a technical standpoint this is extremely interesting to me, but I want to hear from you guys, you Autobros and Deceptibros, all you Dinobros and Constructibros – Someone throw me a bone here? Have you guys actually got a collective name like Trekkie? – anyway, let The Werd know what you think in the comments below, or tweet us @Wbugger.