Re-released on Blu Ray and DVD on the 22nd of August comprised of a 40 page booklet and a slew of extras comes Andrei Tarkovsky’s “Stalker”. Joe sat down with it, here are his thoughts… 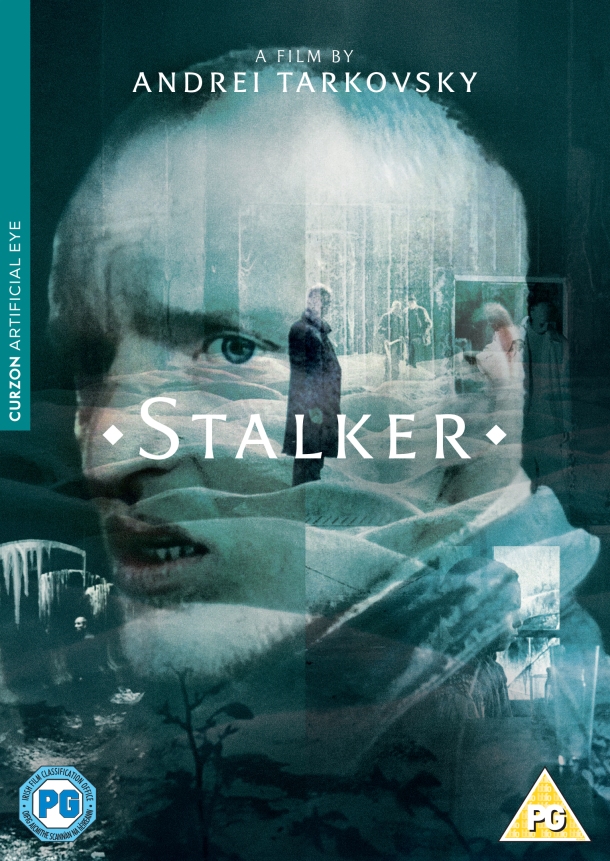 I’ve seen it said that “Stalker” is as deep as a mirror, which is to say, is as deep as you think it is. On the surface “Stalker” is an ‘A to B’ story of 3 men voyaging to “The Zone” in order to find “The Room” which is rumored to grant its visitor anything his or her heart desires. Perhaps to the casual viewer who can surmount this film’s impressive 164 minute runtime. Or is it much more than that? As a viewer I can only discuss the effect Tarkovsky’s opus had on me without offering extended look into the ultimate meaning of the imagery on display here.

For you see, I’m not sure “Stalker” is really about anything much rather than trying to instil a feeling within the viewer. Sure, there’s the allegory there, of be careful what you wish for, the testament to man’s own strength of will in spite of crushing nihilism etc. but for a film so haunting, so mesmerising, it feels like a disservice to the work to label it as just that. But whatever is there, is so hard to pinpoint and quantify that we are left only with how we felt whilst viewing. Tarkovsky himself states:

“If it is to last, art has to draw deep on its own essence; only in this way will it fulfil that unique potential for affecting people which is surely its determining virtue and which has nothing to do with propaganda, journalism, philosophy or any other branch of knowledge or social organization”

At first I felt sad. I felt empty. Stuck within the confines of myself as well as the narrative at play. By the end that had changed, something closer to hope, joy or maybe relief – for the characters. “Stalker” is not an easy film to watch, much in the same way Stanley Kubrick’s “2001: A Space Odyssey” is not an easy watch; the two share a similar proclivity to gazing on its subjects that much longer than we are accustomed to. The pace of the cuts are slow, methodical and thoughtful, which makes scenes feel much more like vignettes than actual moving pictures. We are given time to let each shot play out and sink in, and then some. Doing things in this way gives the audience time to breathe and lap up every nascent detail in the imagery, but also messes with audiences perception of time; In this way, Stalker feels very much delirious and fantastic, playing out very much like a tense fevered dream with the heightened reality of a stage play.

It’s worth noting the strong performances from the leads, which often felt basic and paired back a little which informed some kind of realist sensibility, wherein the audience is a fly on the wall in a real situation, amplified by the emotional verisimilitude on display. To me, it appeared as though the actors were looking directly at the camera/me, which only reinforced this almost ‘documentary’ aesthetic at root here; Uncanny as it may be, to have subjects stare at you in close up for a long period of time, it came across as rather accusatory, like these people had been hurt in some way, like the audience was guilty and implicated in the reason for their pain.

Cinematography isn’t dynamic in the sense that it’s comprised of a lot of ‘moving parts’, which is impressive when you consider how visually appealing and dynamic “Stalker” is. It’s in the framing and the colours that make the film absolutely ingrained in my mind, evocative of something from an earlier era of film, something more raw and primal, like cave paintings – There’s power in it’s simplicity. Colours are washed out, the film is grainy, damaged even, yet somehow yielding further depth to the entire experience; washing everything in bleakness that saps the soul of its characters and the world around it, becoming worse the closer they get to their goal. Until things get weird. The final 30-40 minutes are the most potent, and visually stimulating. And it is perhaps here, that the film is most mesmerising and memorable.

The interesting thing about a film being “as deep as a mirror” is that it will force you to look inwards, elicit an emotional & intellectual response in the absence of much outside stimulus. Stalker could be seen as being superficially empty, because it wants you to fill the landscape with yourself.

Cinephiles and film aficionados would do well to add this release to an already burgeoning collection (if they don’t own it already). Stalker is a film that begs a rewatch every now and then as it will elicit different responses each time. It’s hauntingly real, beautifully shot and is infinitely human.

There’s a really interesting article from the-artifice.com that discusses Stalker in much more depth here.

You can preorder Stalker here.