Amazon Prime recently released a wave of pilots for potential new series, Rob’s watched them all and gives us the lowdown on what works, and what doesn’t. 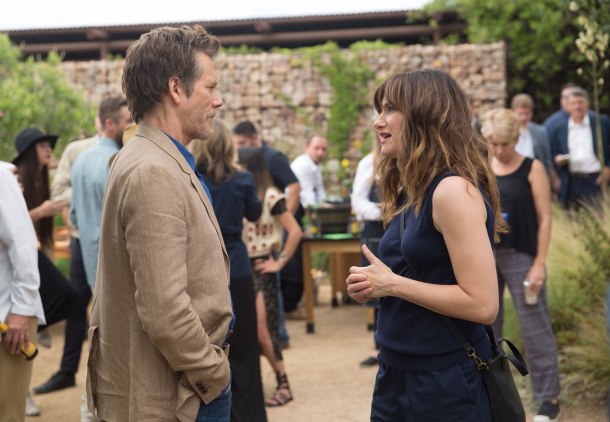 Googling relevant images for this was a trip across a minefield.

I never dreamed that I would open an article by typing that, so…thanks Amazon.

I Love Dick is one of those dramedy things, superficially about priveledged people who are deliberately poor and miserable because they’ll never be a famous writer or filmmaker or whatever, a subgenre I have a growing impatience with, especially as it hits so close to the mark. I live in constant fear that I might be such a person.

However, and somewhat crucially, I Love Dick is pretty good, and the main thrust of the story is a thirtysomething woman developing a psychosexual obsession for Kevin Bacon’s titular Dick, as she and her husband travel to Dick’s western home town to join his institute of creatives and luminaries.

Kathryn Hahn sticks as my mind as normally playing someone on the edge of a manic episode, and there is a brief moment of that here, but mostly, as Chris, she plays a slightly more understated everywoman. She’s more introspective and empathetic than I’ve seen her before. Her ‘Dear Dick’ internal monologue helps with that, but a paticular standout moment is when Chris and her husband attend a party for Dick’s gathering of horrible intellectuals, the sense of isolation conveyed by both the production and Hahn’s performance is excellent.

Kevin Bacon is totally magnetic, even as he’s saying the most dickish things, and as a result Chris’s sudden infatuation is totally believable and compelling.

I can recognise that this is a show of real intelligence and quality, but suspect I love Dick isn’t really for me, though certain sections of the world will eat this up with a spoon, and adore every new episode should it get made. 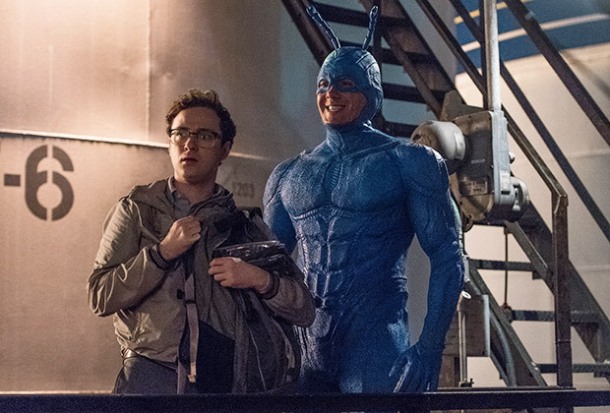 I love The Tick, but the question is, do we really need another take on the story? Especially as this time it seems to be going a measure more serious, which is odd. Interesting, but odd.

Arthur has a tragic backstory this time around, and is the emotional core of the episode as well as the prime mover for the narrative, and I did find myself intruiged by the mystery he was investigating, and the personal problems he’s struggling with, pre-bunny/moth suit, if the series gets the go ahead, it’s the setup for the overarching plot that will bring me back.

The Tick himself has been kept almost on the fringes for now, serving mostly as a catalyst for Arthur’s story, though when he pops up is when the episode really comes to life. Peter Serafinowicz is perfectly suited to the role and delivers Ben Edlund’s signature nonsensical-yet-brilliant dialogue with aplomb. A real shame then that his costume is unspeakably hideous, especially when compared to Patrick Warburton’s getup from the short-lived The Tick (2001), which to my mind was nothing less than the cartoon character brought exactly to life.

Overall though it’s curious that the decision has been taken to move the characters into more serious teritory, with an actually threatening villain, the aforementioned tragic backstory (and mental health issues) for Arthur, and a bone crunching, bullet filled, Tick-centred action sequence that would almost rival anything seen in Netflix’s Daredevil. As far as I’m concerned The Tick should be as much about the central duo buying groceries and eating pizza as it is about fighting crime, if not more. It could be that as times have moved on, it seems less necessary to openly lampoon the superhero genre by bringing those larger than life characters down to earth with scenes of the mundane. Certainly not when the big boys are already throwing in scenes of The Avengers eating schwarma and suchlike. But if that’s the case, I’m not really sure the solution is to make The Tick darker and grittier, or at least, if that’s the best option, does it then remove the original point of the show altogether? Perhaps time will prove the makers of this new Tick right. 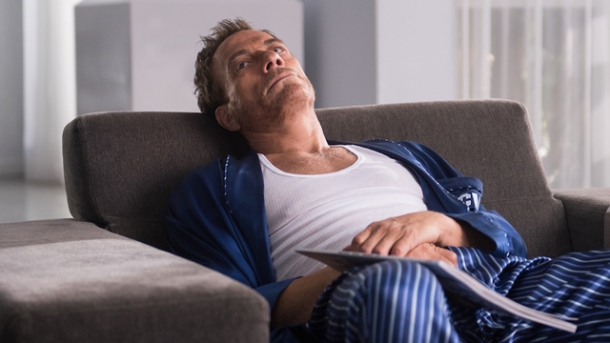 Part straight-to-DVD action film, Part Bojack Horseman, this pilot sees Jean Claude Van Damme (JC to his friends) playing a version of himself, about to come out of retirement from the movie business, pining for Vanessa, his ex girlfriend, and no longer ‘the master of the splits’ due to his advancing years.

It’s already been established that Van Damme isn’t afraid to take risks and send himself up, but this takes that to a new level, and the writing is hilarious, particularly when combined with JC’s beautiful, accented deadpan, check out the opening monologue for proof of this, as well as the depiction of his life of ludicrous luxury.

There’s plenty of shows that spoof hollywood and celebrity as well as this does, but what sets this apart is the action stuff, as JC’s agent and makeup crew are actually his contacts for the missions he goes on after shooting wraps, stuff lifted straight from the bargain bin and performed to perfection (as much as the Character Jean Claude Van Damme is out of shape, the man himself is still amazing when it comes to fights and stunts) but with the same razor sharp, absurd wit applied liberally over the whole, neatly skewering action tropes even as it uses them to create a thrilling fight scene.

Simply put, I grinned from ear to ear, and laughed hugely for the whole half hour, so did the wife.

I enjoyed I Love Dick, but I don’t really think I’m the intended audience for it, and the fact that the pilot felt like a complete story in itself means I’m not itching to see more as much as with the other two.

Overall, Jean Claude Van Johnson gets my vote for the pilot that should go to series, I’d be interested to see what they do with The Tick, and if they can pull off the tonal shift without it all going wrong, but ultimately JCVJ is the best of the three for me by some distance, the pilot was nigh on perfect, the right mix of action, comedy and pathos, and left me absolutely frothing at the mouth for more.

Rob Lindsay should have given up and got a proper job by now, but he hasn’t. An embittered ex-projectionist ; writing for The Werd,  Suppressing Fire and The Medway Jellyfish. His apathy knows no bounds. You can find him on Twitter @Bigbeat1985, but he probably won’t reply.