Legends of Tomorrow, The spin-off series of Arrow and The Flash, Starring Rory Williams, Superman, Officer Kirsten Landry and those blokes from Prison Break, Sorry, I mean Arthur Darvill, Brandon Routh, Caity Lotz, Wentworth Miller & Dominic Purcell! plus more…  is fresh out on DVD, Blu Ray and Digital, and, being that Joe has now cemented an interest in the DC TV universe, he thought it best to check out this superpowered spin-off… 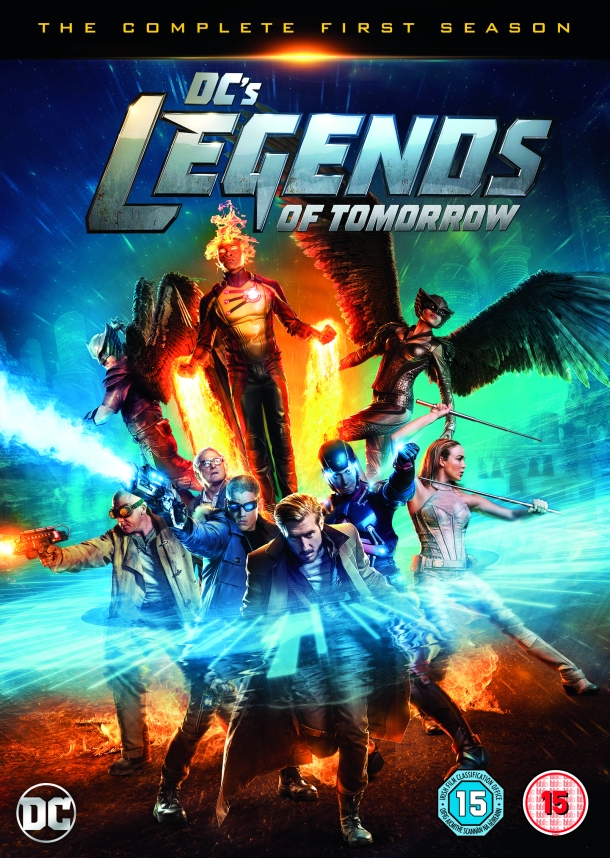 “Legends of Tomorrow” collects together heroes and villains of Arrow & The Flash, and throws some new ones into the mix. We join Rip Hunter, Atom, White Canary, Martin Stein, Captain Cold, Heat Wave, Firestorm & Hawkgirl as they travel through time to put an end to the immortal Vandal Savage. Personally, I’ve no prior knowledge of any of these characters, and thankfully I can say, that this series doesn’t depend on that knowledge being there. It’s great when you can just jump into a series like this, and instead of being lost in the riptide of it’s progression, get gently carried along for the ride.

“Legends of Tomorrow” is by no means the dramatic opus of the Arrowverse and that doesn’t matter one bit. It’s a fun series, one that doesn’t stoop to the gloom of things like “Gotham” and neither does it rise to the glib heights of “Supergirl”. Instead it exists somewhere in the middle, in the same episodes achieving moments of drama (Rip Hunter’s backstory is quite compelling and provides the narrative with enough OOMPH to keep us engaged through the 16 episode run) and exhibiting some light comedy along the way. 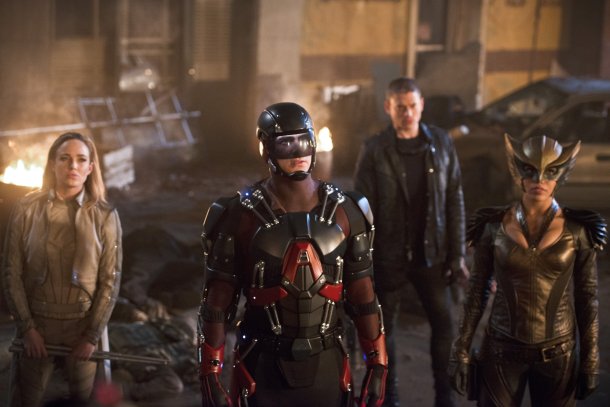 This release seems perfectly timed to capitalise on the popularity of Suicide Squad. You see, it follows the same basic setup as that and Guardians of the Galaxy, in that, we are presented with a rag-tag mix of heroes, anti-heroes and straight up criminals, in the hopes that they can stop the bad guy that’s even more atrocious than some of them. If you enjoyed this conceit in the two aforementioned films then you’ll absolutely be at home here, in fact, I’d go so far as to say that this series at least hits it’s narrative beats a damn site better than Suicide Squad did (though it doesn’t feature the allure of Deadshot or Harley). So if you enjoyed that, then you’ll enjoy this a hell of a lot more. 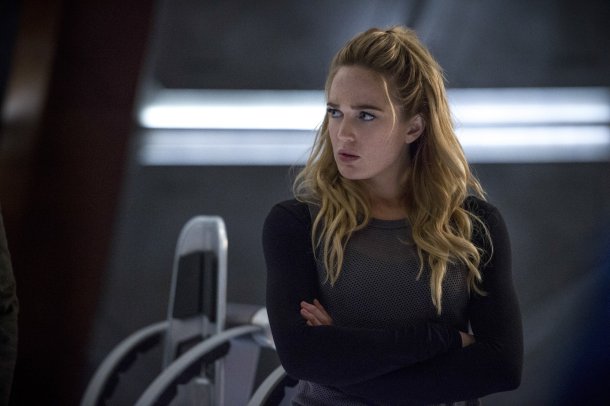 The series bumps about between time periods and this puts forth a great addition to the Arrowverse; Sci-Fi! Which allows for the exploration of a more varied TV universe and builds rather nicely on the various things it offers, for instance, if Arrow isn’t your bag and you prefer things with a little more time travel, hey, there’s a series for that!

I think my age old compliment of “I don’t know how they manage to achieve very pleasing and evocative special effects scenes on such a tight budget” but I feel that this accolade is no better placed than here. There’s some real inventiveness going on at The CW, and they manage to pack “Legends of Tomorrow” with stunning vistas,  explosions, energy blasts and manage to avoid looking “Dr.Who Shonky”. Though this isn’t me saying “this is movie level CG” it’s far more adherent to comic book sensibilities.

Those looking for anything more than escapism will come away a little disappointed, this is most certainly a pulp “monster of the week” show that doesn’t strive to push the boundaries of the medium in any way. It is what it is, and it knows it. But having said that, this is a well put together show with some likeable characters (especially Captain Cold and Heat Wave; Wentworth goes to town on his role in particular and you can see he’s enjoying playing what I can only describe to be an even more sadistic version of Dennis Reynolds from “It’s Always Sunny In Philadelphia”). It’s not my favorite release in the Arrowverse as yet, but there’s definite promise to “Legends of Tomorrow“.