James Wan’s latest offering in the horror franchise “The Conjuring” is out for home release, being a somewhat squeamish horror fan, Joe takes a look. Is it any good? Did it conjure negative emotions? Was something insidious afoot? Something something sinister?

The Conjuring 2 continues the story of paranormal investigators, Ed & Lorraine Warren (Patrick Wilson & Vera Farmiga reprising their roles from the first film of the series) as they travel to a council house in Brimsdown, Enfield to investigate alleged paranormal disturbances. Those disturbances later being referred to as “The Enfield Hauntings”, a haunting which received a huge amount of coverage during the late 70’s when reports surfaced of chairs moving, children levitating and demonic voices were made to the BBC.

Let me start things off by saying that I enjoyed this movie, to an extent. On a visceral level the film is extremely competent. There are some genuinely creepy and inventive scenes here and for the most part Wan proves time and time again that he knows how to play an audience. His strength, here, is his attention to detail with regards to the setting, and framing. The thing that often sets his work apart from others is the attention to detail these areas receive, as well as really strong authority over sound design. 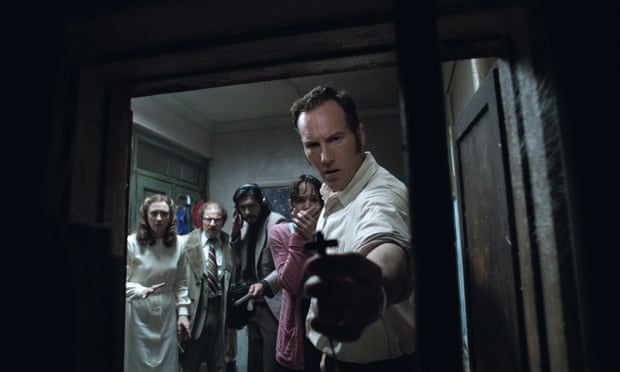 Story-wise, the plot advances beat for beat, paced well with a competent cast that do well with what they have, Patrick Wilson and Vera Farmiga providing us with likable albeit rather bland foils to attach ourselves to throughout the 2 hour plus run-time. As they seek to discover whether the claims of the Hodgson family are true, the Warren’s set up shop in the house as we’re treated to the expected slow-burn montage of spooky goings on. Running alongside this is a plot involving a premonition had by Lorraine regarding the death of Ed, all of which include an extremely unsettling Nun. This thread runs alongside the main plot, embellishing the “in air quotes – True Story” of the haunting. This was an extremely wise choice, as it allows for extra scares and the possibility of demonic influence in an otherwise mundane case, and it is a great addition to the film universe itself, expanding on the mythology satisfyingly. 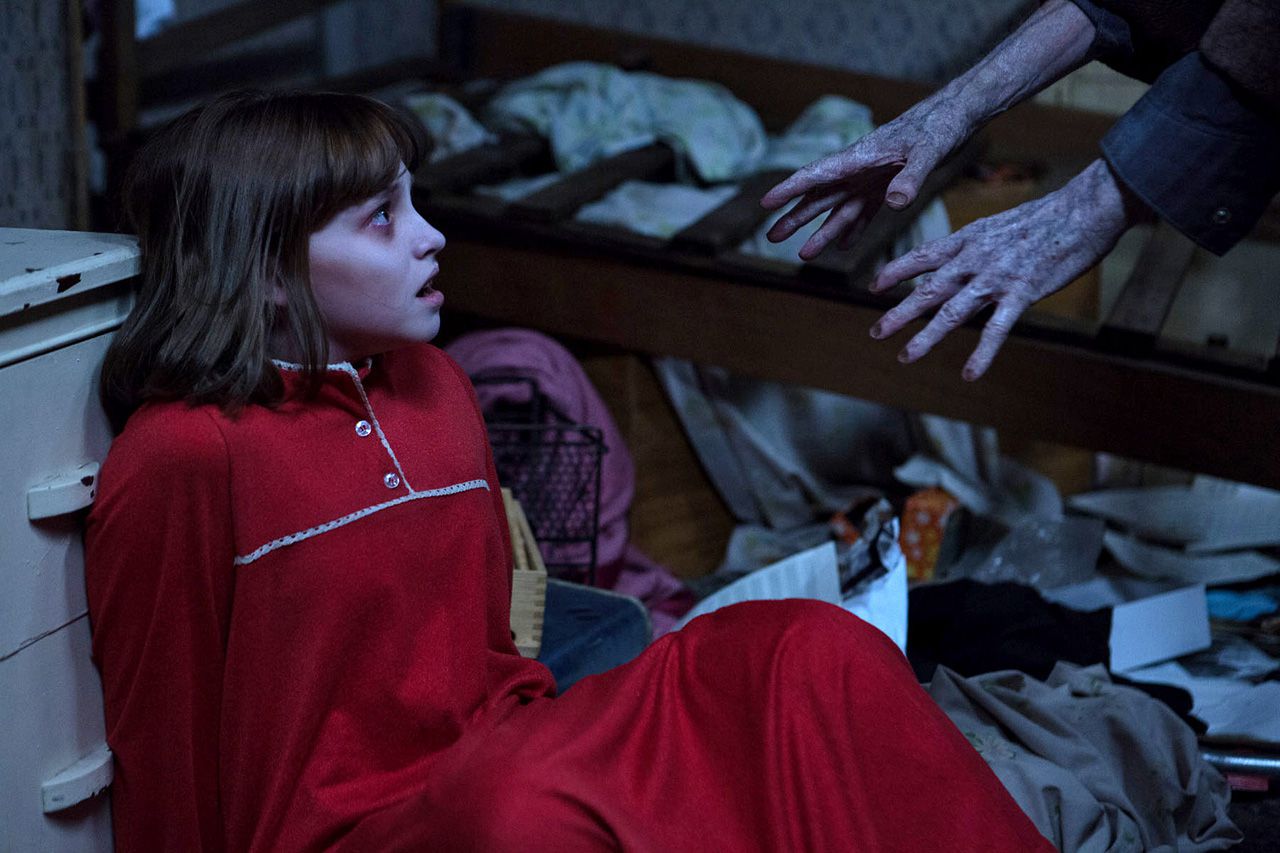 There’s a certain formula that I feel drawn to here when describing my thoughts on “The Conjuring 2″, it is, perhaps ironically, something that reflects the almost paint by numbers approach to film-making that James Wan seems to take with his later and more contemporary work, i.e. I will talk about the staging, cinematography, sound design and believability, something most reviews focus on. In these categories “The Conjuring 2” is an extremely serviceable affair, in fact, if this was a tick box affair, most of the boxes linked to gauging a films quality would indeed be ticked; that is to say that “The Conjuring 2” is an extremely polished beast, one that is reflective of Wan’s skill in toying with audience expectation, with some effective sound design and cinematography at work here. But it is ultimately this extremely polished veneer over the entire piece that is also its main detractor. It is a sign of staleness, of creative malnourishment that seeps its way through minute cracks in its makeup.

Certainly, it feels as though Wan’s last few offerings, at least since the Insidious franchise took off, are all extremely samey. There’s nothing wrong with them per se, they’re not bad films by any measure, but they’re all racked with a similar air. A “one size fits all” approach to film-making that doesn’t really serve to push the genre into any new and meaningful direction; Instead, Wan offers extremely polished examples of a genre focusing in on itself and its own mythos and cliche, which goes a long way at making films with a short shelf life culturally. Granted, is this really relevant to the film? Not exactly, and it could be said that I’m wrong for expecting innovation of Wan, when he is, arguably, doing a good job with what he does. But in the expanse of film, I do think it’s time for a bit of a shake up with the Horror Genre at large. All it would take is a tremendously talented director like Wan to push past “what works” and strive for innovation. Food for thought maybe?

While its an extremely polished affair with decent performances and construction, it’s precisely this that makes the film feel stale. There’s scares aplenty here, more than enough to keep a horror fan entertained. But if you’re expecting more from Wan’s latest, you’ll be a little disappointed.