Releasing 31st July, Power Rangers (2017) will hit eager fans with home release. Serving as a fresh and spangly movie version, in the same vein as the Michael Bay lead “Transformers” (2007) series, and the Bay produced “Teenage Mutant Ninja Turtles” (2014).  Missed it at the cinema? What’s it like? Read on… 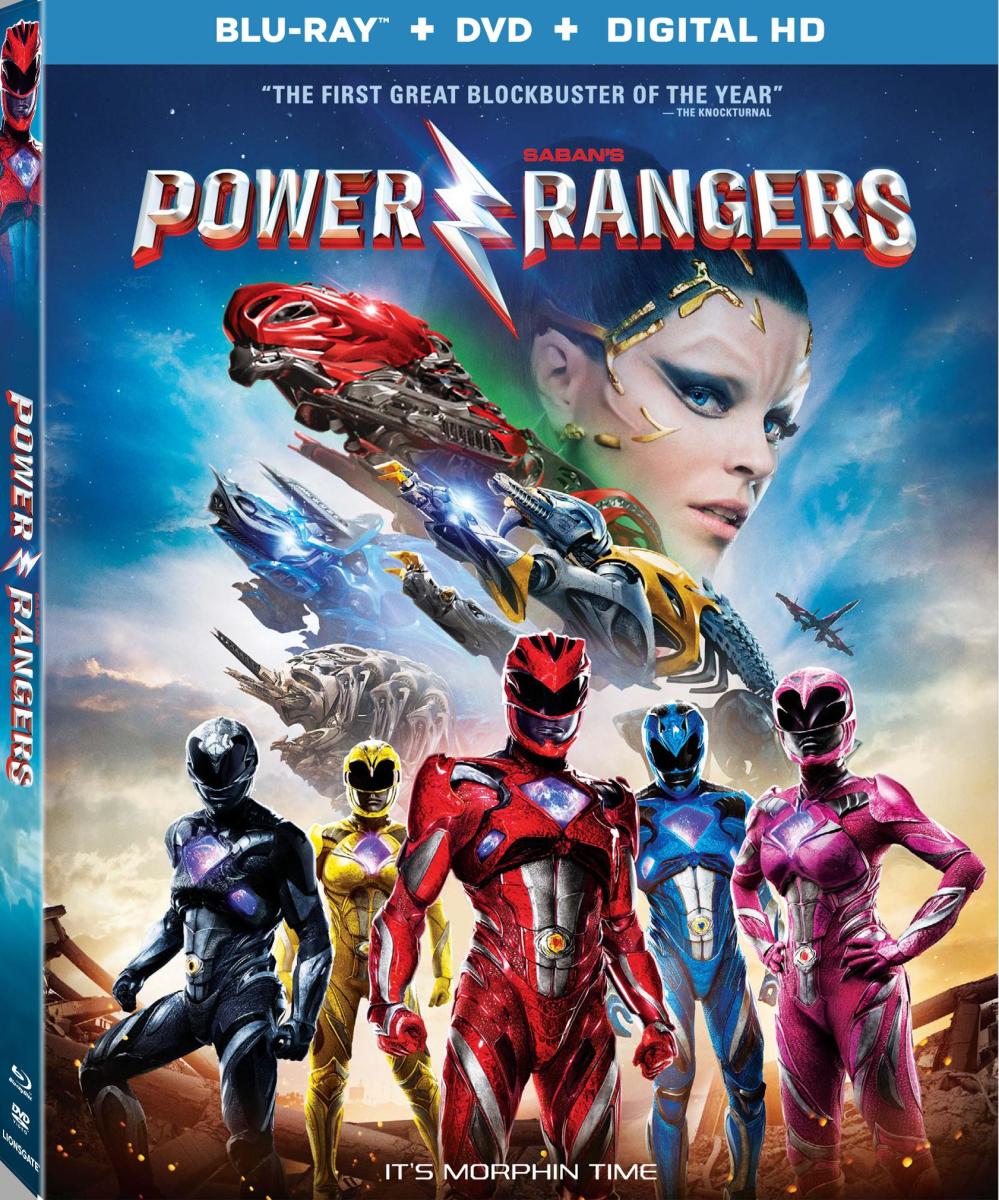 In the same vein then, as those previously mentioned series, this version continues the trend of making old things look shiny. So, then, I’ve got to mention those redesigns. The suits, Rita Repulsa, the Zords – and for the most part, they work pretty well. Rita is effectively a fresh design, unrecognisable from the original show’s much more Trek-like appearance. Here, she’s flashy, and her goal is to collect more flash – Gold – in order to build her friend/slave/right hand man, Goldar.

Functionally this serves as an origin story, serving to set up the Power Rangers film franchise, and as such, the majority here, all serves as a set up to the third act. It’s pretty standard stuff, introduce the characters, show their struggles, show them bonding, slowly tease their powers and the ensuing conflict, and resolve in ballsy 90’s TV fare, wrapping it up neatly with the promise of future adventures. You’ve seen it before, and it doesn’t break the mold here, but, because of this it’s pretty palatable of a Sunday afternoon when one is at a loose end. Or whenever you choose to watch things, I don’t judge.

The first two acts are actually very interesting, as it takes the team a very long time to even don the suits you see on the front of the Blu-Ray cover. Thus, we’re just around for the character interactions and revelations. Running counter to that though, is the notion that this is also where the film suffers most. The cast struggle within the confines of the characters they’re trying to reprise. It’s a shame, as they’re mostly likeable, and there is genuine camaraderie between the group of friends, but there isn’t any innovation or authenticity at play, which is a shame, because I felt like the first two thirds of the film (where this is all relevant) were the most interesting. However, if you can get over Elizabeth Bank’s version of Rita, there’s much to be enjoyed there as she hams it up something rotten and looks to be having a lot of fun doing it. It’s a shame we didn’t get more time with her as she, and her vendetta against the Rangers provide

Yes, It’s actually when the Rangers get into their suits, Zords and the movie reveals it’s baser Saturday morning cartoon aesthetic, that things actually start falling apart tonally. And it’s because they’ve chosen to ground the story in a less glib, and far more ‘grounded’ way that the inclusion of the electric guitar riff of the original show as the Zords race to the town which is being destroyed by a giant golden CG object, becomes quite jarring. It seems as though it does a disservice to the less camp world they obviously worked quite hard to create, whilst also paradoxically feeling absolutely necessary for fans of the original show, but it doesn’t go far enough to satiate them. Which leads me to this question…

Whilst I enjoyed this, why am I not raving about this? Here’s where things get interesting, and where I suspect the reason lies for the film not doing so well at the box office. This film doesn’t know who it’s aimed at. Reliant on both the inherent nostalgia of existing fans, whilst doing just enough in design work to ensure that it won’t quite click with their own version held in their minds and hearts for years. It’s a strange mix that could have paid off, but didn’t. Power Rangers is a license to print money and done correctly, aimed at the right people (that means discounting others – which is okay, there’s always something else to go around).

This is a movie that will not delight the nostalgic fan, it will confuse them, rather it is for the mass, the average Joe to enjoy. As with Transformers and Turtles, the properties are merely diluted and mixed with the Hollywood formula. Those un-phased by this in general will find much to enjoy here, as it’s a perfectly serviceable film that doesn’t *really* put a foot wrong.

You can pre-order the DVD/Blu-Ray at all good retailers, including amazon.